Hot off the CCD this morning, some better shots of Comet Lovejoy in the south-eastern sky.  Also I expect I should do a big shout out to everyone for the holidays eh?  Happy Solstice celebration all, whatever form it takes for you, from 1200mm. 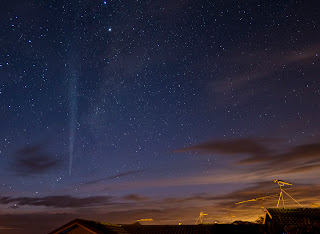 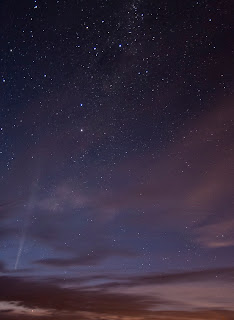 By ValHallen at 5:11 AM 1 comments
Email ThisBlogThis!Share to TwitterShare to FacebookShare to Pinterest
Labels: Acrux, Comet, Comet Lovejoy
Pin It

Love, Joy, a new star in the East... must be Christmas!

Christmas Eve down under, and an early morning wake-up call for the boys was rewarded with some great views of Comet Lovejoy. Initially we were disappointed to hop out of our beds and convene at Val's house, only to find the horizon cloudy - then realised there was a pretty glorious comet sitting above said clouds. Cue rush for cameras!

I think we both probably ended up with one decent shot each as we were about half an hour too late to avoid the sun making it's presence felt. Nevertheless it was well worth the 4am alarm, and should reward early risers for a few more days. The wise men can't be far away... 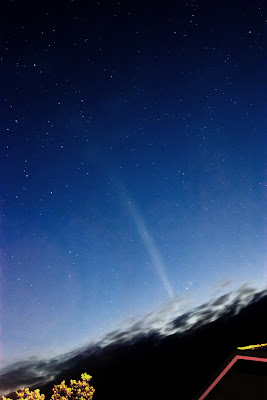 [Val]
Urrrrgh, yeah, what he said about the 4am thing.  I got a couple of good shots, unfortunately, my best one was my first one, making it hella out of focus.  Oh, and Bill, traditionally a comet appears when a prince dies, rather than when one is born ;) 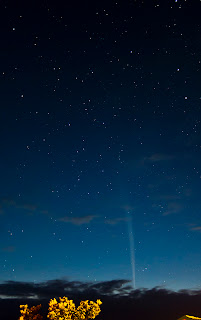 This is a Flickr badge showing items in a set called Astro. Make your own badge here.